The LAN-finals of WESG 2018-2019 Ukraine Qualifiers have finished on the 23rd of December. The strongest representatives of Ukraine in CS:GO, Dota 2, Hearthstone and StarCraft II have received the so-desired tickets and will stand for their country at the Grand Final in China.

A serious battle was unfolded for a trip to China among the Counter-Strike: Global Offensive players. All 4 participants of the LAN-finals have shown a great game and proved to be worthy to get the desired ticket, but it was Team, who demonstrated an incredible dedication and will to win. After being defeated by djakuyu in the first match, Team1 went through the lower bracket, played a very hard Bo3 against Windigo Academy for reaching the final and almost immediately, without any rest, faced off against djakuyu but this time in the Final of the tournament. About 9 hours of CS:GO and two very tense matches led Team1 to the top of WESG 2018-2019 Ukraine Qualifiers.

The lineup of Team1:

Two representatives of Team1, smike and arch, have participated in the final phase of WESG before. In 2016, they, being members of the team .Ukraine took the 13-16th line.

An even more persistent struggle was held in the MOBA-discipline of WESG. Two incredibly famous members of Team Ukraine at a time met in the fight for one ticket to the Grand Final of WESG 2018-2019: Team Ukraine Blue with Resolut1on and Artstyle, and Team Ukraine Yellow with No[o]ne, GeneRaL and Iceberg. Representatives of the last team, the participants of the strongest teams in the CIS-region at the moment, Virtus.Pro and NoPangolier, took the trophy of the LAN-finals of qualifications.

The lineup of Team Ukraine Yellow:

GeneRaL and Iceberg have already seen the Grand Finals of WESG. In 2016, the GeneRaL's team took the 13-16th place, and a year later the Iceberg's team finished at the 9-16th line. Perhaps their new composition, enhanced by ALOHADANCE, CeMaTheSlayeR and No[o]ne will be able go further.

Initially, there were 2 main favorites for the throne in the card discipline -  Neirea and Kolento. Both players are among the strongest players all across the globe, who are regularly performing on the international tournaments and achieve victories there. In the history of WESG, only Neirea managed to secure the top-places, taking the 5-8th line in the Grand Final of 2016.

At the LAN-finals of the Ukrainian qualifiers, Eugene “Neirea” Shumilin effortlessly passed through the upper bracket to the Final, while Alexandr “Kolento” Malsh lost out to Script and his road to the Final went through the lower bracket. But in the most important match, the Kolento's decks turned out to be stronger and helped him to receive a ticket to China, where he will stand for Ukraine in the final battle of WESG 2018-2019.

The only discipline of the Ukrainian qualifiers in which everything remains stable is StarCraft II. For the third year at a run Ukraine will be represented by Alexandr "Bly" Svystiuk. No matter who happened to be his opponent, no matter how the matches evolved, Bly was always finding a way to turn everything in his favor.

In the history of WESG Bly is famous for his performances in the Grand Final of 2017, where he took the 9-12th line. In 2016, he also represented Ukraine but didn't manage to pass the European qualifiers, where he stopped at the 9-12th place.

Representatives of the Ukrainian eыports have proven themselves on the international stage a long time ago, and it makes their performances at the WESG 2018-2019 Grand Final even more interesting to watch. 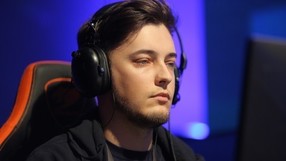 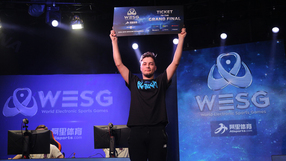 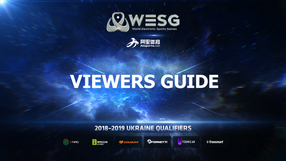 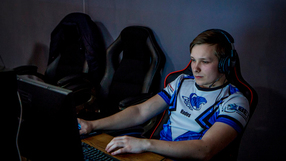 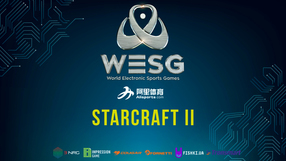 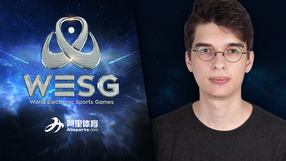